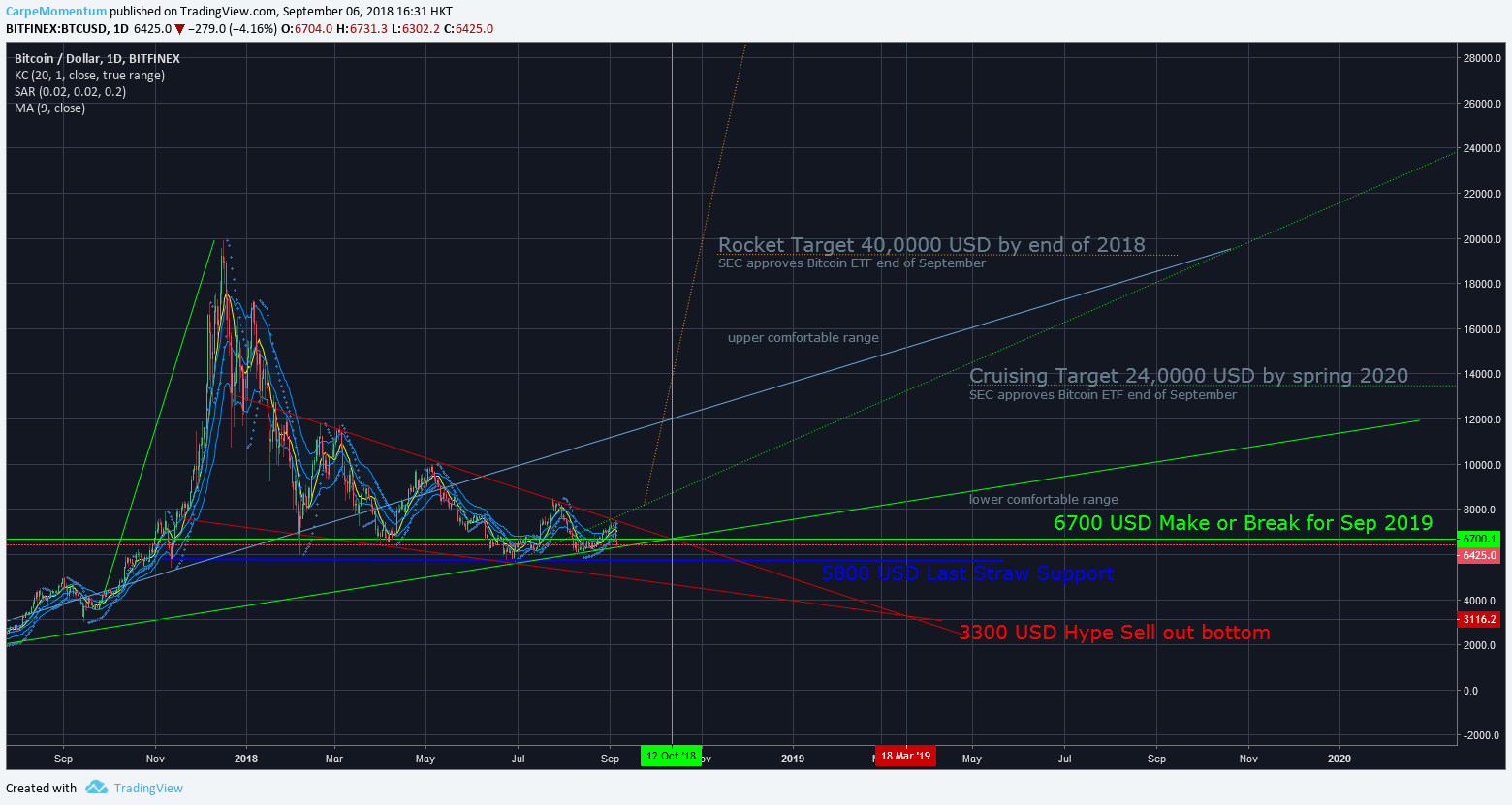 The Bitcoin and Altcoin market is full of uncertainty. From the hype of end of 2017 nothing is left. Even worse it feels and looks as if we could see further decline. If you look at the declining triangle since the beginning of the year (lower highs and lower lows) 3,300 USD might be the target for Bitcoin until mid-March 2019. On the other hand, we have seen a good amount of support at 5,800 USD for bitcoin. The picture is bullish right now with another opportunity lost to break out. The pending ETF approvals could catapult the market up again if they were to be approved. That may serve as breaking out the other triangle formation (green) until the end of September. The tip of the triangle is at about 6,700 USD. Looking at the longer trend one could argue that now is the time to buy low once the true bottom has built. The outlook is dominantly positive for the blockchain technologies. A recent study (2018-08-30) by Sherwin Dowlat and Michael Hodapp from the Satis Group call “CryptoAsset Market Coverage Initiation: Valuation” is showing the market potential. Bitcoin to gain 367% in a year. Etherum 202%, Monero 1336% and Dash 55%. With other Top 10 coins however losing the battle and declining within the next year. Ripple -90%, Bitcoin Cash -54%, EOS-99%, Stellar Lumens -96% and Cardano -99%. Looking at this it would be logic we would find buyer again at the supporting 5,800 USD. The markets are not logic unfortunately. So we are left to speculate about 24,000 USD or 32,000 USD in 12 month or other scenarios we are all scared of, but don’t admit possible.

Please read my risk warning as this post is not financial advise, but my mere personal opinion. You need to do your own technical analysis and draw your own conclusions.